Imperatives are like commands you give to people. Imperative sentences always start with a verb. We use Imperative sentences to give direct order, to give instructions, to make an invitation, on signs and notices and to give an informal advice. The use of the imperative is vital for the teacher in the classroom, because the teacher can´t always ask students to do certain activities, the teacher has also to give students instructions on how to do the activities, and to do so teacher use imperative sentences. Imperative is also vital to give advices otherwise advices wouldn´t have the correct impact that should have on people. In an overall without imperatives a lot of information would be harder to pass on. Just be careful to not be impolite when using imperative.

Here we have some examples for each use:

To give direct order

To make an invitation

On signs and notices

To give informal advice

There´s also a way to make imperatives sound politer by using do in the beginning of the sentence.

It´s very important to learn how to use prepositions that come after adjectives correctly, even though it can be a bit challenging due to the fact that there aren´t specific rules to apply it. It´s important to learn as you meet it so reading can help you a lot with it.
Follow some classic examples on how to use adjectives followed by prepositions:

As well as ‘good for’, ‘bad for’ and ‘famous for’ we also say ‘qualified for’ ‘ready for’, ‘responsible for’, ‘suitable for’ and several others.

I’m perfectly capable of doing it myself, thank you.
I’m very fond of this old sweatshirt.
As well as ‘capable of’ and ‘fond of’ we also say ‘aware of’, ‘full of’, ‘tired of’ and several others.

Notice that you can be responsible for something but responsible to someone.
Other common adjective + preposition combinations include ‘interested in’ and ‘keen on’. It’s a good idea to make a note of new combinations in your vocabulary notebook as you meet them. Remember too that a preposition is followed by a noun or a gerund (‘ing’ form).

Remember that grammar has to be studied and reviwed constantly in order to keep up with it.

As well as ‘good for’, ‘bad for’ and ‘famous for’ we also say ‘qualified for’ ‘ready for’, ‘responsible for’, ‘suitable for’ and several others.
With ‘of’

I’m perfectly capable of doing it myself, thank you.
I’m very fond of this old sweatshirt.
As well as ‘capable of’ and ‘fond of’ we also say ‘aware of’, ‘full of’, ‘tired of’ and several others.

Verbo “To Be” com o sentido de “Ser”
I am sad
Eu sou triste
I am fat
Eu sou gorda
You are funny.
Você é engraçado.
He is nice.Ele é legal.
She is intelegent .Ela é inteligente.
It is cold.Isso é gelado.
We are smat.Nós somos espertos.
They are young.Eles são jovens .
Verbo “To Be” com o sentido de “Estar”
I am eating now.Eu estou comendo agora.
You are washing the car.Você está lavando o carro.
He is talking to me.Ele está conversando comigo
She is jogging.Ela está correndo.
We are singing.Nós estamos cantando.
They are at home.Eles estão na casal.
Fazendo perguntas com o verbo “To Be”
I am ugly. (Afirmação)Eu sou feio.
Am I ugly? (Pergunta)Eu sou feio?
Are you free?
Você está livre?
Is she eating?Ela esta comendo?
Are they angry?Eles estão com raiva?
Is it good?Isso é bom?

What is an adjective?
Adjectives are words that describe or modify other words, making your writing and speaking much more specific, and a whole lot more interesting. Words like small, blue, and sharp are descriptive, and they are all examples of adjectives. Because adjectives are used to identify or quantify individual people and unique things, they are usually positioned before the noun or pronoun that they modify. Some sentences contain multiple adjectives.
Adjective examples
In the following examples, the highlighted words are adjectives.
1. They live in a big, beautiful
2. Since it’s a hot day, Lisa is wearing a sleeveless
3. The mountaintops are covered in sparkling
4. On her birthday, Brenda received an antique vase filled with fragrant
Types of adjectives Possessive adjectives
As the name indicates, possessive adjectives are used to indicate possession. They are:
• My
• Your
• His
• Her
• Its
• Our
• Their
Possessive adjectives also function as possessive pronouns.
Demonstrative AdjectivesLike the article the, demonstrative adjectives are used to indicate or demonstrate specific people, animals, or things. These, those, this and that are demonstrative adjectives.
• These books belong on that
• This movie is my favorite.
• Please put those cookies on the blue plate.
Coordinate Adjectives
Coordinate adjectives are separated with commas or the word and, and appear one after another to modify the same noun. The adjectives in the phrase bright, sunny day and long and dark night are coordinate adjectives. In phrases with more than two coordinate adjectives, the word and always appears before the last one; for example: The sign had big, bold, and bright letters.
Be careful, because some adjectives that appear in a series are not coordinate. In the phrase green delivery truck, the words green and delivery are not separated by a comma because green modifies the phrase delivery truck. To eliminate confusion when determining whether a pair or group of adjectives is coordinate, just insert the word and between them. If and works, then the adjectives are coordinate and need to be separated with a comma.
Numbers AdjectivesWhen they’re used in sentences, numbers are almost always adjectives.
You can tell that a number is an adjective when it answers the question “How many?”
• The stagecoach was pulled by a team of six
• He ate 23 hotdogs during the contest, and was sick afterwards.
Interrogative Adjectives
There are three interrogative adjectives: which, what, and whose. Like all other types of adjectives, interrogative adjectives modify nouns. As you probably know, all three of these words are used to ask questions.
• Which option sounds best to you?
• What time should we go?
• Whose socks are those?
Indefinite Adjectives
Like the articles a and an, indefinite adjectives are used to discuss non-specific things. You might recognize them, since they’re formed from indefinite pronouns. The most common indefinite adjectives are any, many, no, several, and few.
• Do we have any peanut butter?
• Grandfather has been retired for many
• There are no bananas in the fruit bowl.
• I usually read the first few pages of a book before I buy it.
• We looked at several cars before deciding on the best one for our family.
Attributive Adjectives
Attributive adjectives talk about specific traits, qualities, or features – in other words, they are used to discuss attributes. There are different kinds of attributive adjectives:
• Observation adjectives such as real, perfect, best, interesting, beautiful or cheapest can indicate value or talk about subjective measures.
• Size and shape adjectives talk about measurable, objective qualities including specific physical properties. Some examples include small, large, square, round, poor, wealthy, slow and
• Age adjectives denote specific ages in numbers, as well as general ages. Examples are old, young, new, five-year-old, and
• Color adjectives are exactly what they sound like – they’re adjectives that indicate color. Examples include pink, yellow, blue, and
• Origin adjectives indicate the source of the noun, whether it’s a person, place, animal or thing. Examples include American, Canadian, Mexican, French.
• Material adjectives denote what something is made of. Some examples include cotton, gold, wool,and
• Qualifier adjectives are often regarded as part of a noun. They make nouns more specific; examples include log cabin, luxury car, and pillow cover.
Esse foi mais um post do Blog do Curso de Inglês Microcamp.
Postado por Microcamp Merces às 09:09 Nenhum comentário: 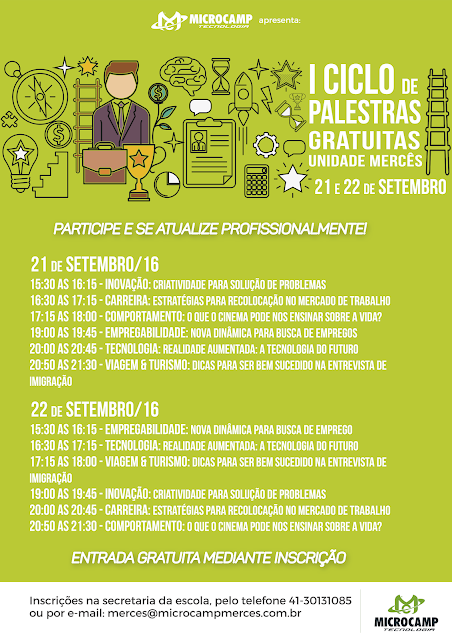 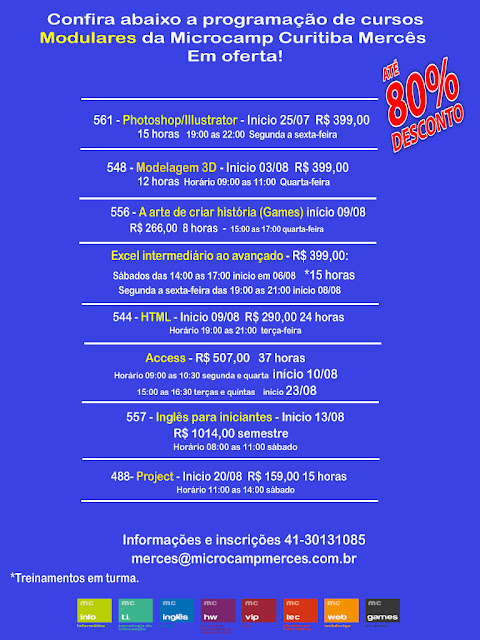 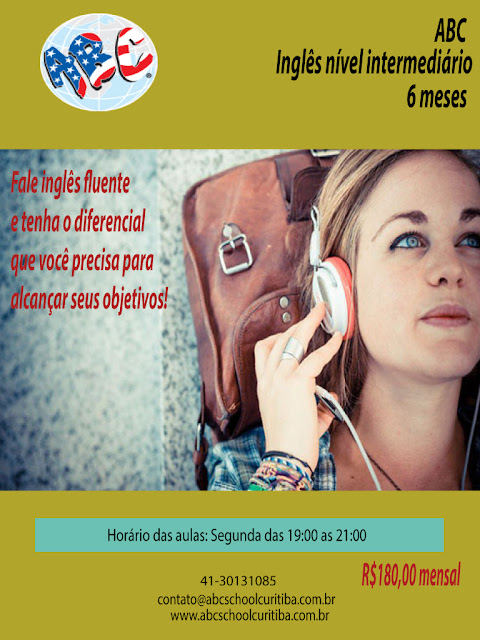 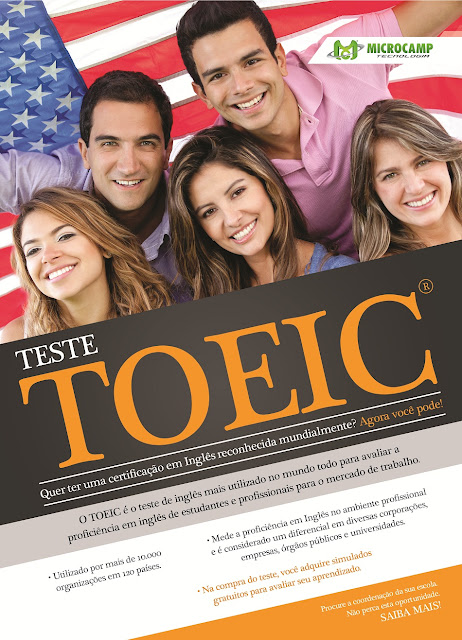 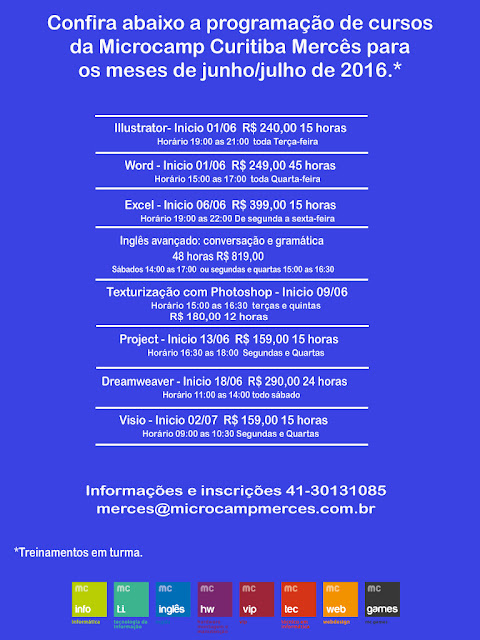 Hamlets are very small settlements where the population is around 100 people, usually in rural areas.

A village is a group of houses or buildings in rural areas. They are larger than hamletsand smaller than cities.

Towns are settlements larger than villages but smaller than cities. The number of people needed for a settlement to be considered a town varies greatly among countries.

Cities are large and permanent settlements. Cities have all the infrastructure needed for humans to live, including sanitation, education, housing, transportation, health care and so on.

Metropolis are very large cities that are or have become the capital or chief city of a country. They have densely populated residential and commercial areas and have all kinds of facilities and services available to maintain such a large and usually growing city. In the past, this term was used to define the first and main city, from which settlers were sent out to find new places to start another city (anyone ever played civilization?

Inside cities we also have:

Mostly an administrative division managed by the local government.

The suburbs are residential areas that are in a commuting distance from a city.

Neighborhoods are residential communities existing within larger cities, towns or even rural areas. Usually people in the same neighborhood know each other with considerable interaction between themselves.

The downtown area of a city is the main or central area of it. This is an American term, that is thought to have originated in Manhattan. In England, they call it the “city centre” instead.
Esse foi mais um post do Blog do Curso de Inglês Microcamp.
Faça um curso completo na melhor escola do Brasil.
Postado por Microcamp Merces às 10:47 Nenhum comentário:

The cast of a movie are all the actors and actresses starring in it. See the example below:
I loved the cast of the movie. I can’t wait to watch it.

A character is a person in the story, played by the actor or actress.

The genre defines the style of the movie. Comedy, drama, action, horror, etc are all kinds of movie genres.

The plot is the series of events that will shape the story. It is often what makes the movie worth watching.
Even though the cast was not the best, the plot was fascinating.

A scene is a small part of the movie.
My favorite part was the scene where Leo fights the Bear.

The screen is the surface where the movie will be shown. When they say “the big screen” they are referring to the cinema.

Bookshelves or bookcases are used to store books. Nowadays they come in many shapes, instead of the usual horizontal shelves.

Dressers are cabinets used for holding folded clothes. Wardrobes, on the other hand, are larger cabinets where you can hang or store clothes

Entertainment centers are the central piece of furniture in most living rooms in the U.S. They are used to keep the TV, stereo, and other electronic devices.

Bassinets are usually a kind of a bed with fixed legs for babies up to four months. While cradles are generally designed to provide a rocking or swinging motion.

Hammocks are slings made of fabric and ropes suspended between two points. They are used to swing while you sleep or relax in it.

Chandeliers are decorative lights hanging from the ceiling. Most of them are ornate, and some are made of crystals to refract light to the whole room.

Drapes are a little different from curtains for being made of heavy opaque materials, designed to block light during the day and provide some sort of insulation during the winter or cold months. They are also more expensive than curtains because of the heavy materials and its quality.
Esse foi mais um post do Blog do Curso de Inglês Microcamp.
Postado por Microcamp Merces às 10:47 Nenhum comentário: